The purpose of this site is:

To preserve the heritage of India for posterity. 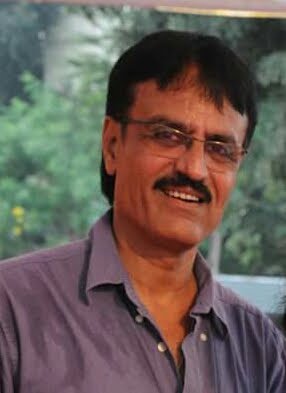 "Generation Next" gets attached baths in pols, modernizing for living and respecting heritage. Paul John TNN
Ahmedabad: The clash of generations may have reached a flashpoint in the pols of old Ahmedabad. And this time, it is over the ubiquitous bathroom. A survey of 15,000 houses in pols in the eastern parts of the city has made a startling revelation on the disturbing exodus of Gen Next from pols to the plush western parts of Ahmedabad. It appears that they do not want their wives to go through the ignominy of having to take a bath and use toilets built right at the entrance of these houses. “Youth today demands a certain degree of privacy which is not available to them in the pols. Women feel embarrassed getting out of the bathrooms or toilets built at the entrance of the houses and pass through the central courtyard with people milling around,” says Devashish Nayak, heritage advisor to Ahmedabad Municipal Corporation (AMC). With the study indicating that this is hurting the sensibilities of the young and triggering a migration out of the pols, the AMC’s heritage department is trying to reverse the trend. They are bringing down traditional toilets at the entrance and constructing new ones within the pol houses without changing the existing mortar-lime-wood structure of these buildings. And, they have already done this in 66 homes and managed to reverse the trend. “During our restoration efforts, we provided attached bathrooms and toilets to each bedroom in the houses. Earlier, there was just one for an entire house,” says Nayak. Today, Himanshu Mehta, a resident of Desai ni Pol, is a happy man. He was on the verge of buying a flat in Satellite area and moving in when his house was remodelled by the AMC. “Now, we have toilets for every bedroom in our house on two floors. Who says pol houses can’t incorporate modern facilities like the ones available in plush flats in Satellite? I was considering shifting out, but after getting our house restored, my family decided to stay back,” says Mehta. East is East, say youth after Pol restoration: They proved detractors wrong Ahmedabad: A beaming Jagdeep Mehta invites you to his renovated home at Motu Sutharwado. He stands proud along side his father Arvind Mehta next to his own heritage property. Many in Jagdeep’s family were against his decision of restoration of the pol house, instead forcing him to buy a flat in an uptown locality of the city. Nine years ago, Jagdeep had decided to buy off his neighbours abandoned ‘pol’ house to combine the two to make a sprawling 260 sq m of space. People called him foolish then. Today, even his neighbour, who sold off the pol house to Jagdeep for Rs 3 lakh, spends hours at Jagdeep’s restored house in the evening, remembering his childhood days. “Everybody had doubts, including me, on whether I would be able to live in this house. There were no decent toilet facilities with no bathrooms inside. Instead, there was a bathroom in the common area called ‘Khadki’. My relatives doubted my decision to stay back. But a HUDCO loan and French government’s assistance paid off and we could imbibe every facility that plush houses boast of these days,” adds Jagdeep. “This place has a positive aura. We have three open courtyards that keep the air fresh inside. Besides, every bedroom in this house has an attached bathroom and a toilet. We have a common seating area on each of the two floors and it is the perfect house built according to vaastu. What else do you need?” beams Arvind.

Jagdeep Mehta, who almost left this house in Motu Sutharwado, is a happy man today after bathrooms were attached to the bedrooms in the house.

Posted by Heritage House in Ahmedabad at 9:28 AM 15 comments: